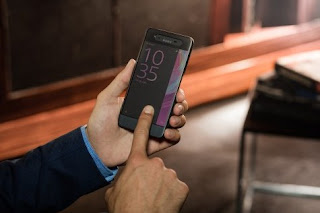 During the exhibition Mobile World Congress 2016, Sony held a presentation in which was announced a new line of smartphones – Xperia X. The manufacturer emphasizes that the Xperia X Series embodies a new vision of Sony Mobile brand, combining the advanced intelligent technology users already love the Xperia features: camera battery and design. Externally, the new items are made in the same design as the phones series Xperia Z, just to replace the glass metal coating it on the rear panel. The top model and the new flagship of the company became the Xperia X Performance. Inside smartphone set top processor from Qualcomm Snapdragon 820 and a 5-inch display with a resolution of Full HD.
Rear cover Xperia X Performance is made of metal and has a textured surface. The side frame has a slightly rounded shape and is also made of metal. The front panel is covered with a protective glass with curved edges on all sides.
One of the main features of the Xperia X Performance has become a 23-megapixel camera with autofocus predictive hybrid as in professional cameras Alpha line. As explained by the Sony, the camera predicts the movement of objects in the frame, so even fast moving objects are obtained in a picture crisp. In addition, the main camera also supports a five-time zoom Clear Image Zoom without loss of quality, and ISO value up to 12 800. The front camera has a resolution of as much as 13 megapixels.
The company also paid attention to the battery and the battery life of the smartphone. As says the manufacturer, the battery capacity of 2700 mAh, combined with the technology of intelligent control missing for two days of work, and Adaptive Charging Qnovo increases battery life in half. Among other features is to provide a fingerprint scanner at the button and enable a separate DAC is responsible for the quality of the sound system. 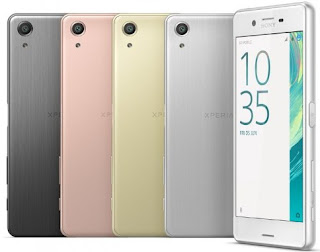 Home sales Xperia X Performance is scheduled for June this year. The cost of the smartphone will be announced later.

Voice assistant Cortana can transmit notifications from Android to Windows 10

The first official details about the Android N

No.1 X5 joined the ranks of the protected tablets