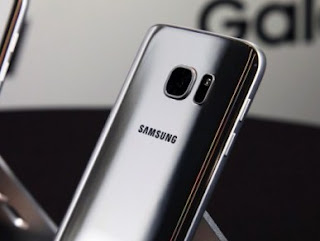 Yesterday, Samsung officially introduced the world to the new flagship smartphone Galaxy S7 line. All the information about them was already in the public domain before, but the company’s top managers have little clarification about the camera specifications. It turned out that instead of the 16-megapixel module now uses a new 12-megapixel 1 / 2.5-inch sensor and aperture on the F / 1.7, which is a record value in the smartphone market. However, the question remained unclear who made this camera, and today journalists gave the exact answer to this question.
In the flagship it has been used previously unknown Sony IMX260 unit. It became known thanks to the application, provides access to detailed information about the smartphone. In fact, we face a custom module, which is not surprising: Sony, being one of the leading manufacturers of cameras on the market, often produces exclusive camera for large customers, whether Apple or Samsung that. Recent create engineering models, on the basis of which Sony already produces ready modules.
Size pixels IMX260 is 1.4 microns, which allows this camera to collect 95% more light than the IMX240, both the Galaxy S6. In addition, the company has pioneered the use of technology to double the pixel, which has a positive effect on the focusing speed. 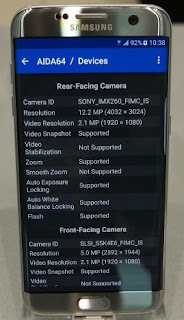 This same application has revealed the presence of audio chip Lucky CS47L91 Sound, which is rumored to have been created by Samsung. Recall, the representatives of the Korean company promised improved sound smartphone due to powerful speaker output of 1.5 watts.