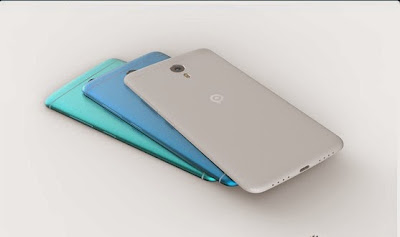 In the new issue of Inside: PPTV Chinese media giant is preparing its own smartphone without the side frames around the screen; a new test version of Windows 10 Build 12544 for smart phones with universal applications shown on the video; Apple has placed an order for 4-inch displays for the
iPhone; Sony accidentally revealed the design of the new consoles PS Vita; unknown source published a full-length features and render Ulefone Be Touch; designer from the Czech Republic published its own concept design Android 6.0; the existence of Sony Xperia Z4 Compact and Z4

Ultra documented.
Chinese media giant prepares PPTV thinnest smartphone without side frames around the screen
In mid-April, a Chinese manufacturer LeTV formally introduced several smartphones that claim to be a great success both at home and abroad. Possible thank competitor is haunted by her closest opponent – the Chinese media provider PPTV, which, despite its lack of experience in this field, has also decided to release its own smartphone.
Today, the network got the first renders of the device, revealing its design. Already, it is safe to say that the main trend of the majority of Chinese champions in 2015 will be slim metal body and the lack of side frames screen – all this is present in an unnamed smartphone PPTV.
Apple has placed an order for 4-inch displays for the iPhone In late March, the journalists Digitimes announced that Apple in September will introduce three new smartphone 4-inch iPhone 6C, 4,7-inch iPhone 6S and 5.5-inch iPhone 6S Plus. Today, this same resource has posted a message stating that the Taiwanese manufacturer AU Optronics (AUO) has received from the company kupertinovskoy major order for the production of 4-inch display, presumably intended for the new iPhone. Both companies, of course, did not confirm the rumors, so we can only guess whether we will see in September, not two, but three new devices.