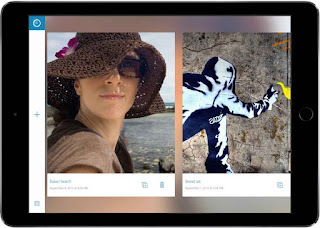 As part of the Adobe MAX conference, Adobe has introduced a number of new applications for mobile devices. They were Capture CC and Photoshop Fix. In addition, the company has updated some of the existing programs. For example, in Photoshop Mix the opportunity to work with more than two layers. Also, users of mobile devices became available and updated Lightroom, where the opportunity to shoot straight from the app, and added some new tools. As for Adobe Capture CC, it actually replaces several applications: Brush CC, Color CC, Hue CC and Shape CC. According to available data, the last version is to be available for download, but developers do not update their plan.
Photoshop Fix became a new member of the family of Photoshop. The main objective of this application is to eliminate the shortcomings of the image, removing unwanted objects, local change of color and much more. Fix, like Photoshop Mix, supports Creative Cloud. This enables users to send made on a mobile device to a computer to project finalization.

Some changes have occurred in applications Creative Cloud. For example, Illustrator CC, new tools, and Premiere Pro CC has received support UltraUD. It also reported that the developers have focused on the updates to optimize the interface for touch screens desktops.